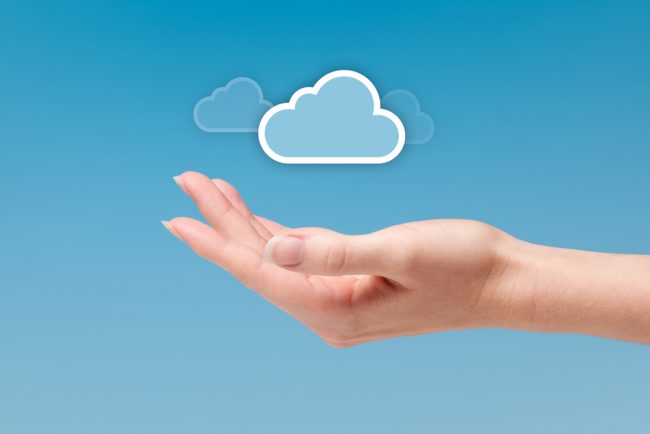 It is just not so long ago when we started hearing the term ‘cloud’. For some, cloud was such an excitement but on the other hand, there were others who were not so sure of what to make of it. Well, it will surprise you to know that cloud computing is already claiming ubiquity adoption status worldwide! There has been massive adoption of cloud with such trends as hybrid cloud computing leading the transformation. Experts attribute this leap in adoption to the compelling applications that have enabled on-demand supply as well as distributed access by consumers to traditional applications for their enterprises. The interaction of clous,social and mobile platforms have been ripe in accelerating cloud adoption. Such cloud applications like Salesforce, facebook, skype and Dropbox are just examples of how cloud has been precise in meeting the needs of consumers.

1.     The Near Omnipresence of Cloud 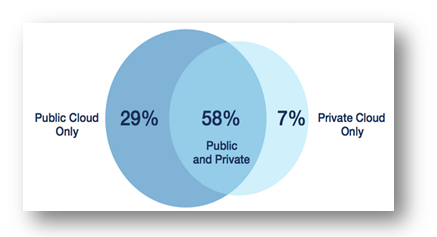 Recent research in which more than 1000 technical professionals across the divide were queried as regards cloud adoption revealed that cloud adoption has reached a near-omnipresence status. 94% of the organizations were either running cloud applications or experimenting with the use of infrastructure/software as a service. In addition, 87% of the users were found to be using public could.

And while everyone is going cloud, the bulk of users have increased in growth from those watching (those who have strategies and plans but not actualized any) to starters and explorers (those with initial cloud based projects and those with many cloud projects as well as applications that are deployed in the cloud). Enterprises have 16% cloud watchers, 35% starters, 31% explorers and 18% heavy users of cloud. SMBs on the other hand have 20% watchers, 29% starters, 25% explorers and 26% heavy users.

2.     Multiple Clouds and Hybrid Cloud is Choice for Many

Research has shown that as many as 74-77% of users have a preference for multi-cloud usage. 48% of the 74% prefer to use Hybrid cloud. Users prefer to have multiple clouds in multiple geographies. This is largely attributed to the fact that colocation provides significant Returns on investments that is critical for WAN optimization. In addition, multiple clouds are convenient when it comes to Disaster Recovery. Majority of businesses envision multi-cloud usage in 2015.

Mobile is leading the market in consumer products as well as connectivity. Almost everyone has some sort of mobile device. ‘bring your own device’ has become an increasingly critical trend in cloud usage. Most end users would come with their devices and plug into their office networks or even interact with their personal data in the cloud from the mobile devices. 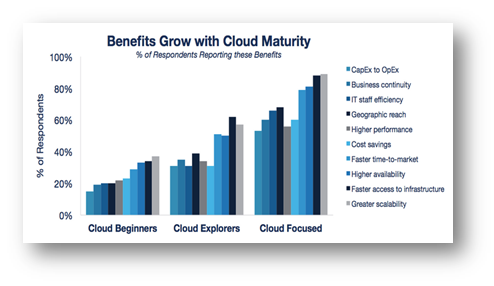 As more and more users adopt cloud, there are more and more benefits that realized; scalability, easy access to infrastructure, faster time-to-market, efficiency among IT staff, better business continuity and better geographic reach among others. The graph below from RightScale research shows the statistics on benefits. 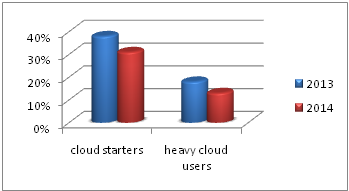 As organizations gain expertise with the use of cloud, security concerns have been found to decrease significantly. Among starters, security challenges are often cited and makes for 31% but it reduces to 13% among those who are heavy users of cloud. When compared to 2013, 2014 has had lesser security issues; beginners had 38% security concerns with heavy cloud users having 18%. These stats were reduced to 31% and 13% for the two groups respectively.

To take care of the percentages appearing above, there are new cloud based security paradigm that are geared towards identity management and protection.

This would almost fit into ‘everything-as-a-service. This provides for lesser costs while at the same time it ensures more app development with more efficient and testing methods for the apps. High end graphic designs can now be run on very simple web-browsers with the use of cloud.

Just like hybrid cloud and multi-cloud are taking the lead, most businesses are now choosing to combine both big data analytics and cloud for more productivity, efficiency and effectiveness.

Given that the primary benefits of cloud have been scalability and efficiency, it is only natural to have web-powered apps which are compatible with multiple platforms. We look forward to the internet being the main platform for cloud.

The Future of Cloud Computing

The future of cloud computing looks bigger and bright, it is no secret that industry big wigs are not sparing any coin-they are spending in excess of billions of dollars-to have everything in place for the skyrocketing demand for cloud. In fact, 2014 alone saw a 126% increase in global cloud market investment to over $150 billion from 2013. Users on the other hand who are already using cloud have begun to experience great benefits (as seen above) and diminished challenges (like security) and as a result, they have become more confident in going fully into cloud.

While the transition has been so rapid, the transformation stage into the future may even be more rapid; cloud services are now being combined in ways that were unimaginable to deliver very new applications and services. Consider Uber; it makes use of geolocation to find the users and nearest cars, it uses analytics to find price on demand, it uses communication for brokering and connection and then payment services to close the deal! Such applications are definitely going to transform and even in some instances disrupt entire industries. The manufacturing industry is already transforming with the use of CAD/CAM in the cloud and 3D printing complementing such apps.

Cloud, DevOps and self-service IT are set to be the critical pillars for paradigm shift in IT. As companies mature, they are investing more and more into DevOps. Mature cloud users will most likely have a self-service portal for their cloud services now and in the future. This is to enable faster provisioning of cloud services.

Internet of Things and the Cloud

Internet of Things (synonymous to everything as a service) has been consistently growing as cloud grows. As more capabilities become available on demand from cloud as a service then more and more consumers will remain sticking to the core business and outsource everything else on the internet/cloud. Best of breed is now the goal for such functions as CRM, Marketing, HR and many others are soon to follow.

It is great that more usage of cloud diminishes the security and privacy concerns. Cloud together with Internet of things will sure enjoy the much development coming up with diverse security software developments.

Previous
Next
© Copyright 2019 · InfoWick.com
Scroll Up