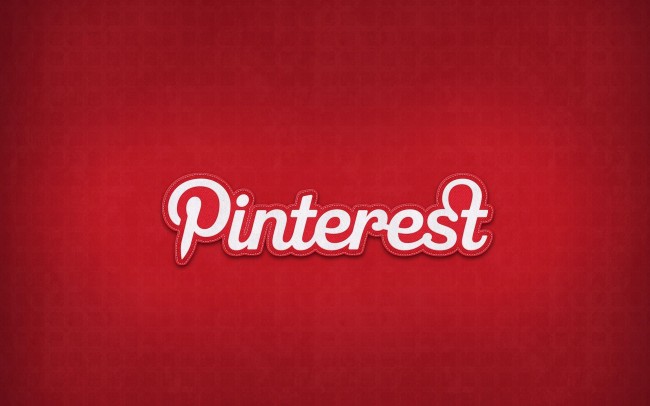 Put a Pin Under Your Business!

Founded in November 2009 and launched in March 2010, Pinterest is being used by indie designers as a way of showcasing their talent. Pinterest is a social network that relies heavily on user-curated content (“repinning” other people’s images) rather than user generated content. That said, there are lot of designers using Pinterest to show their original works, whether as a portfolio, storefront or billboard.

The Pinterest demographic is overwhelmingly skewed towards professional females and largely consists of people planning weddings and home remodels, talking about their creative pursuits or sharing their design inspiration. A well-curated Pinterest account can capture the imagination of these design- and tech-savvy customers with sophisticated and eclectic tastes.

Pinners access Pinterest on the desktop and by mobile and integrate it with other social networks like Facebook and Twitter – so pinning is fast and easy and is shared across social platforms. According to Read Write Web, “User experience, a clean retro visual design, content curation, social collaboration and subscription: those are the things that Pinterest is leveraging to gain a lot of traction and buzz.”

That buzz is spreading – at the current date there are over 32 million blog posts that reference Pinterest, accorging to Google Blogsearch. In one year, Pinterest has gone from fewer than half a million unique visitors to over 18 million (source). According to RJ Metrics, “Remarkably, over 80% of pins are re-pins. This is evidence of the impressive level of virality at work in the Pinterest community. Pinterest is truly an ecosystem of sharing. To contrast, a study done by Hubspot at a similar point in Twitter’s history showed that only about 1.4% of tweets were retweets.” RJ metrics also found that Pinterest has a two-month retention rate of around 50% of newly registered users – around twice the retention rate that Twitter had at this stage in its history!

Jay Baer from Monetate.com estimates that users are 10 times more likely to pin things that they want versus things that they own – making this a seller’s playground! Pinterest offers a number of ways in which designers can reach out to customers, from promoting a lifestyle to showcasing new designs, to acting as a focus group. Tracking the number of “repins” is a great way of assessing a product’s popularity.

Your first step has to be setting up your Pinterest profile. Keep a consistent look and feel with your main web presence, and link your Pinterest account with your main social networks too. Create boads that reflect your ethos as a designer, rather than simply hawking your wares: think ”magazine” rather than “catalogue.” Then start some reciprocal following with people whose boards inspire you.

As you build a following, start to reach out to them. People who follow and repin you are telling you about their personalities, desires and interests with their Pinterest accounts. According to Mashable: “Expressing passion for a hobby is just as easy as browsing for your next purchase. But what’s even more addictive about the site — a collection of collections — is that it’s just as much about the users as it is what they’ve posted.”

Take the time to understand your demographic. Spark a conversation with them – get them to upload “action shots” of themselves with your product and create a “VIP board” – this shows that you value your customers and that they value your work!

Understand the lifestyle and the mood that your brand image has. According to Pinterest designer and co-founder Evan Sharp: “For most consumer brands, the idea behind your brand makes sense on Pinterest.” Don’t just create boards full of your products, show what inspires you, or how your product fits with an ethos or lifestyle. For example Dwell Studio has a board called “Undecorate” that reflects their “effortless decor” ethos but that features other people’s homes rather than their own products (whilst at the same time capturing those users who want to recreate that look and feel and so might buy Dwell Studios products in order to achieve the lifestyle!) The whole Dwell Studio Pinterest account is a mix of “lifestyle” and “product” boards that really reflects the “magazine” ethos of Pinterest.

Pinterest co-founder Paul Sciarra sums up the Pinterest experience beautifully: “What strikes me most is the passion of the folks that use Pinterest. Few companies get love-letters from their users, and few get hugs from users at meetups.I can almost guarantee that this is the only company ever that’sbeen offered homemade barbeque sauce in exchange for a beta
invitation.

“This passion reflects, I think, something that we’ve always believedas a company. That is, that the best internet services aren’t justways for people to escape their everyday lives. Instead, those services with longevity –- with real “legs” –- enhance folks’day-to-day experiences, deepen their relationships, and show themthings about themselves they didn’t know before.”

Designer Chrissy Jensen, owner of Domestica, is a keen Pinterest user. “[The way I use Pinterest] has really changed over the last year. At first, it was definitely just a clever way to clean up my desktop. Then my friends and I started a board just to share things with each other and then I think the full scope of Pinterest’s value set in…I tend to use it as a community more than anything – connecting with people I don’t really know, but who have similar interests or who know something I might find valuable. I don’t tend to pin our wares so much. I see boards dedicated to people’s creations or their Etsy store stock, but I worry that it’s too one-dimensional – it doesn’t tell a very rounded story about me or who I am.” Again, the importance of Pinterest as more than a store front shines through.

Finally, Guinevere de la Mare of Chronicle Books says, “A group of us at Chronicle all discovered Pinterest around the same time earlier this spring and we were immediately struck by how perfectly it complemented what we do. Our core business is built around visual sharing, and so much of what’s shared on Pinterest—design, typography, crafts/DIY, recipes, fashion—overlaps beautifully with what we publish. It instantly became a font of inspiration and a great new way to interact with our authors (many of whom pin) and our online community.”
Isn’t it time you started pinning?

Previous
Next
© Copyright 2019 · InfoWick.com
Scroll Up